Am always happy when I get to read testimonies. It’s like a movie, where everything is not real but to some extent it is. I tap from this testimony and sure it will save a marriage out there.

To my precious sisters in Christ,

I pray that this testimony will help you who are living with a man that has some kind of an addiction that causes him to live a secret life. It doesn’t matter what kind of addiction it is; it is the devastation that is real and unbearable.

Let me share some of my past and see if you can relate. I was raised in a family that didn’t show any affection or love. I knew from a very young age that rejection was a big part of my life. I didn’t understand it then, and to be quite honest with you, I really don’t fully understand it now. Let’s face it – rejection hurts! I know that we all experience rejection throughout our lives, but to get it from all sides all of your life, well –

something is terribly wrong there!

I married my husband in 1965 and his family never received me as one of the family. Why they rejected me I’ll never know. I never understood why, so Terry and I stayed pretty much to ourselves.

We lost our first child; he was four days old when he died. He had bleeding of the brain, a ruptured lung, pneumonia, and the chord was wrapped around his neck three times. (However, we will see him in Heaven. Amen!)

Within a year I was pregnant again. God gave us a little girl named Andrea, in 1967. During our first year, Terry told me he didn’t want to kiss or be affectionate, as he believed that that was an absolute must during courtship, but once we were married, it was not that important anymore. I was shocked! I asked him, “Where in the world did you hear that? “Who told you that?! ” He didn’t have an answer. So now I was rejected by my own husband, and I felt terribly devastated.

God blessed us with a second child in 1970; a boy named Christian. I put all my effort and life into raising my children and giving them as much love and affection as I knew how. I spent all of my time taking care of my family. We were ready to get divorced after ten years of marriage. Our lives were completely out of control. Terry had a pornography problem that he would not talk to me about. I felt so alone and unloved. “God … help me!” was my constant cry.

Then in March 1975 we met Jesus and He saved our marriage. Praise God He did, because I was a blackout drunk for three years and turning to other men because my husband didn’t want me! I couldn’t compete with all the women on the Internet. I was a pretty good looking woman with a nice body and a pretty good lover too. But – it doesn’t matter if you look like Marilyn Monroe; it is impossible to compete with a fantasy! Impossible!

He got arrested for being lewd in a public place and I didn’t think I wanted to live anymore, but I knew I had my children to take care of so I just prayed 24/7. I prayed so much that I began to think that God was getting tired of hearing from me. My husband was also praying daily for deliverance because he had a private life no one knew about, and he wouldn’t share it with anyone. I had no idea how much his problem was consuming him.

We were in church each week and we looked like a good Christian family. Terry joined a support group in church and each week they would talk about their problems. Each person shared their problems and they all tried to help each other. Terry found out that he was the only one in that group that had sexual problems. Of course, as you know, anything said in that group was supposed to stay in the room.

I tried to get involved with the women’s group, only no matter know many times I offered, no one ever called me. I realized that people believed that I must be the reason Terry had a sexual problem. I wasn’t being a good wife so it was my fault. Only I didn’t have the problem. Terry did! I was a victim!

Precious women of God, listen to me. It is not your fault if your husband has an addiction. I don’t care what kind it is! It is not your fault. And don’t let Satan or anyone else tell you it is! You aren’t putting the drugs in his mouth! You aren’t making him look at porno! You aren’t making him commit adultery! He has his own God-given free will to do whatever he wants. Even if you are not a good wife, it is still his decision to do whatever he wants. He is going to have to grow up and start taking responsibility for his own actions! AMEN!

In 1994 Terry was delivered, and in front of the whole church on a Wednesday night, he told his story about his addiction. I remember afterwards that people went to Terry and hugged him, cried with him and congratulated him and praised God for what He had done.

I found it interesting that not one person in the entire church came up to me and said anything. No hug, nothing. I felt rejection again. I really

thought that things would be different in our marriage after his deliverance, but Terry still never turned to me. He never learned to walk in his deliverance, so like a dog returns to his vomit, Terry returned to his pornography and as usual I didn’t know about it. He totally hid it from me. But still, there was no affection, and now I know why.

In 1996 I felt a great, great hurt in my heart … and all of a sudden it seemed like a switch was turned off. At that time I lost all hope. I also

lost all my love for my husband. I just couldn’t deal with life anymore. I told him that I didn’t love him anymore, and he asked me how long had it been, and I said about a month at that time. He cried for two days straight. My self-esteem was gone. I felt dead inside.

I continued to pray and seek God and began to heal slowly. We continued to go to church and in 2005 my husband was totally delivered, and is walking in his deliverance. The stronghold has been broken. That spirit of perversion has been cast out. Thank you Jesus! He is a new man. For the first time in our life he is talking to me. He has turned to me and is affectionate, and God is restoring our relationship.

You know – God is good. I feel free from rejection regarding our marriage and it is a wonderful thing. Thank you Jesus! Our lives are getting better and we are for the first time in a real relationship — talking and getting to know one another — all to the glory of God.

Women of God, just continue to seek God and pray. Don’t ever give up hope. Don’t let the enemy steal your life. Trust God for everything. I just want to remind you that God loves you and will not leave you ever. Please, trust Him especially when there seems to be no hope. Let God have all the burden, and don’t forget that you have to receive what He has already given you. We walk by faith, not by sight. ‘Let go and let God’ … is right on and it works.

Dear sisters – I hope that something I’ve said has helped you. If you have no hope as I once had no hope, just remember that Jesus has all the hope you need.

God has provided everything that we need through Jesus. God has done His part. We need to be responsible for what we do, and walk in our deliverance no matter how hard it is. God will not leave us or forsake us ever. We need to be as faithful to God.

I would love to hear from you, if you feel you need someone you can open up to without judging you.

I hope everyone reading this realizes I did not have to share this testimony publicly. I’ve done it because God has asked me to share it publicly, so others can be helped like He has helped my husband and I. Pornography is a growing spiritual virus (sin) in the Body of Christ every bit as deadly as the Aid’s virus, and it’s spreading rapidly, and will continue to do so, because the devil realizes just how effective it is in destroying relationships and self-esteem.

His tactic is to keep Christians silent about it however. Well, God has asked my husband and I to not bury this part of our testimonies … but to let God use them to give courage and transparency and hope to others who know that they need deliverance from something much more powerful than what they ever realized in the beginning.

May God bless you. 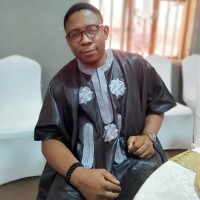 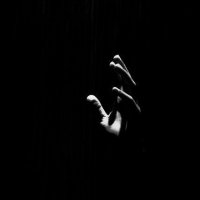 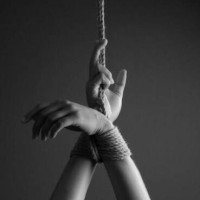 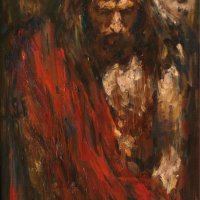 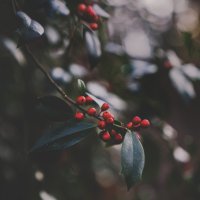 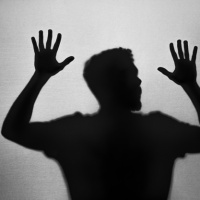 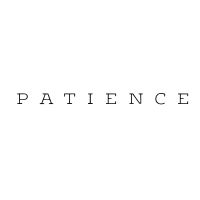 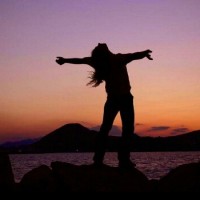 Comment "Yes" if you agree 👇👇 @motivatedfree
Truly getting better is learning to be okay where you are, wherever you are. It is actually metabolizing that discomfort for once, listening to it, letting it show you where you are deeply misaligned. - It is to become grounded, to make positive decisions for the long-term, to start breaking those destructive habits that have been fueled by the pain you haven’t quite had a name for all these years. - It is to no longer be controlled by your feelings, but by your ambitions, by your dreams for the future. - When you go about changing your life, sometimes, the most radical shift of all is to do absolutely nothing — and wait for the sun to rise. . . . Image credit: @damionthegram
Comment below 👇👇👇 if you agree!!! #hustle #naijahustle #sidebusiness
3 tips for developing confidence from actress @gabunion
Comment "Yes" if you agree 👇👇 @motivatedfree -
Everything in your life might be going great this moment. But, if asked what’s your vision for the next 3 years, 5, 10 and then 20 years, what would your answer be? Have you already figured it all out? Even if you have, executing it is harder than it seems. Achieving your dreams, driving revenue, mastering leadership is all about your clear and concise vision. - A vision is not just a picture of what could be; it is an appeal to our better selves, a call to become something more.” – Rosabeth Moss Kanter